10 years ago construction of the Trans-Oil terminals in Giurgiulesti port started 24.05.2017

Trans-Oil Group of companies marked an important date in May 2017; 10 years ago the "first peg" was hammered on the territory of the International Free Port of Giurgiulesti (IFPG), which marked the beginning of a new type of activity for Trans-Oil and the economy of Moldova.

Moldova was able to export grain and sunflower oil due to the investments of Trans-Oil Group. The other types of shipping (containers, bulk cargo, etc.) are handled by the owner of the port - Danube Logistic. The appearance of Trans-Oil Group in the port in 2007 (the company leases 70 hectares of land in the port), allowed to develop port’s infrastructure and hence the opportunities of Moldova.
The manager of Trans Cargo Terminal (the sub-company of Trans-Oil Group) Mihail Redkin recalls how it all began. "The coast of the Prut river was quite steep 10 years ago. It had to be leveled, cutting the ground for further construction. The work continued for almost six months, and it was possible to start concreting foundations in November 2007. The first ship loaded with grain only two years later in October 2009", said Mihail Redkin. 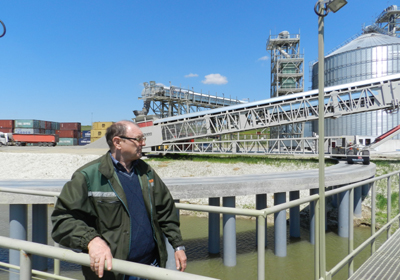 It was the beginning of a new page in the history of Moldova's foreign trade activity. It was the first time an agrarian country, having agricultural production consisting mostly of grain and oilseeds, can export its crops by sea, the cheapest type of international cargo transportation.
Trans-Oil has acquired all the equipment for the grain terminal from the world’s famous manufacturers, which guarantees sustainable operation for many decades, according to Mihail Redkin. The equipment includes elevator towers for grain storage, belt and chain conveyors, automated dryer, everything that is necessary for working with grain and sunflower oil in the port.
Another stage of development was the construction of a terminal for sunflower oil in the port in 2011; it allows pouring sunflower oil via pipes into shipping vessels moored on the Danube. The length of the pipes from the terminals to the berth is 970 meters. It is installed on the same berth Danube Logistic imports its oil products. There was also built a warehouse for meal pellets. If there is no meal pellets, the warehouse can be used for the storage of cereals. 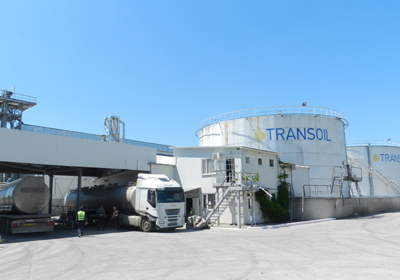 The company decided to invest in the construction of new grain terminal to increase the capacity of the port. It was put into operation in the fall of 2016. Its loading capacity is up to 800 tons per hour due to the modern telescopic conveyor loader. The capacity of the first grain-terminal is three times less; the equipment allows loading 200-300 tons of grain per hour which is the maximum. Medium-sized ship is loaded with 1.700 tons of grain within 1.5 days, but the grain will be loaded only in half a day in the new terminal.
According to Mihail Redkin, the possibility of connecting terminals by pneumatical-lines is being discussed, so that the grain can be sent from any tank to either of the two terminals. This project is estimated at $1-1.5 million approximately and it can be implemented in the next year or within two years the latest.
The quality of grain and vegetable oil passing through Giurgiulesti port is tested in the local laboratory. The laboratory has an alveograph, the apparatus helps checking the quality of the flour as well as determining the level of protein, gluten, the quantity and quality of gluten, grain sorting and moisture, etc. The laboratory is accredited by the International Grain and Feed Trade Association (GAFTA). 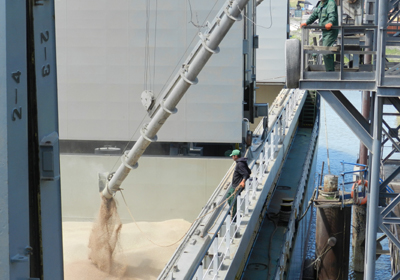 Almost 60% of grain and oil from Giurgiulesti port is exported to European countries and Turkey, noted Mihail Redkin.
Trans-Oil Group has become one of the most important investors in Giurgiulesti port, within 10 years of its operation, which contributes to the development of the port and eventual export of Moldova. The company invested more than $20 million in the port with the support of the European Bank for Reconstruction and Development (EBRD), Societe Generale and WBC. The current capacity of Trans-Oil Group in the port, allows storing 70.000 tons of grain for further shipments; 7.5 thousand tons of sunflower oil and 8 thousand tons of meal pellets. Trans-Oil intends to implement new projects in the coming years, also expand its capabilities and strengthen the eventual export-import of the "sea gate" of Moldova. 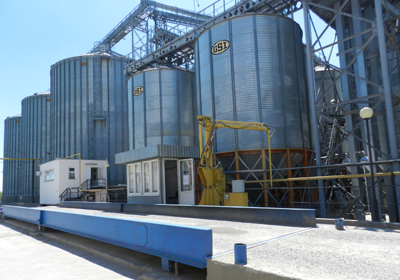