The Austrian Embassy in Moldova, the Austrian Cultural Forum in Bucharest, BMASK (Federal Ministry of Labour, Social Affairs and Consumer Protection), and International Organization for Migration, Mission to the Republic of Moldova, are pleased to invite you to the screening of the ‘Mama Illegal’ documentary, followed by a public debate about the social costs of migration. See trialer here http://youtu.be/J7rIOwfo2Ck

Ed Moschitz, an acclaimed Austrian journalist and director, who will be present at the screening in Chişinău, follows the lives of three Moldovan women who leave their children behind, and migrate in search of work to Austria and Italy. Before and during their journey they take the risk of dealing with smugglers, in the hope that they will arrange for them to become cleaners and domestic helpers upon arrival. Due to their irregular status they are unable to exercise their basic rights in their host countries, and cannot visit their families back in Moldova. Covering the span of seven years, the film offers an authentic view on the poverty, separation, and solitude of the women and their children, as well as the prejudices and stereotypes governing public opinion. ‘Mama Illegal’ won the best film award at the ‘One World’ Human Rights Film Festival in Brussels in 2012, and received a number of official commendations and nominations. Further information about the film can be found at http://mamaillegal.com/

Following a screening of the film, a high-level public debate on the social costs of migration in Europe will be held, with the participation of representatives of the EU Delegation in Moldova, the Ministry of Labour, Social Protection and Family, the Ministry of Foreign Affairs and European Integration, the Diaspora Bureau, Diaspora NGOs, and the IOM Mission to Moldova, among others. The debate will touch upon the causes of migration, and protection of migrants by both the country of origin and host countries. Representatives of diplomatic corps and development agencies in Moldova will attend and form part of the audience, alongside the general public. The debate will be moderated by Vitalie Dogaru, one of the best television presenters in Moldova.

Looking forward to seeing you. 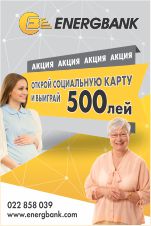 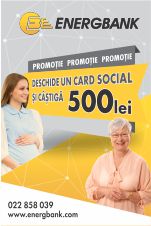